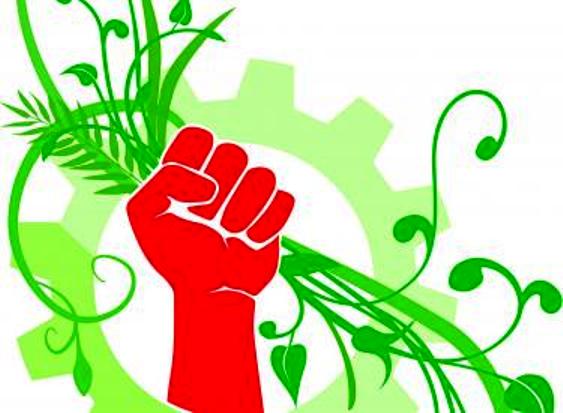 It would come as no surprise to the general reader that advocates in favour of abortion are often associated with left leaning organisations. This has certainly been the norm since the Soviet outlook came to largely dominate the left’s inspiration across the world, beginning in the late 1930’s. However, it should be noted, following some time for thought and consideration, that self-proclaimed ‘socialists’ who advocate in favour of abortion have a largely ironic approach.

The most obvious irony is the use of the individualistic mind-set that fuels pro-abortion sentiments. Many of us would be familiar with a number of popular slogans in western countries such as ‘My Body – My Choice’ and ‘No Uterus – No Say’. The first slogan is practically incompatible with traditional socialism, as one of the main pillars of socialism is collectivism and a prioritisation of the pursuit of the idea of a common good for the mutual benefit of all. The latter slogan of course, is reminiscent of the Jim Crow laws, Hitler blackshirts, the exclusion of women from the vote and Communist despotism – all undemocratic, all authoritarian – all discriminatory. This is the rhetoric that the ‘anti-fascists’ zealously espouse. The ‘My Body – My Choice’ attitude is undoubtedly the result of the individualistic ‘me’ culture, something which has come to define our world of today, alongside the diffusion of personal responsibility and the almost dead concepts of self-sacrifice and self-denial for the good of society, concepts, which I may add, are based at the core of Roman Catholic teaching and Christian teaching as a whole.

Edward Gantt of the Wheatley Institution made both interesting and valid observations in April 2018, where he saw that the two main types of individualism as described by sociologist and author Robert N. Bellah; utilitarian individualism and expressive individualism – were both foundational to the thinking of advocates for abortion-on-demand. He also says that ‘personal choice’, in the vision of modern hyper-individualism, is a sort of all-encompassing moral slogan. It cannot be denied that abortion is a part of a society where the individual seeks to tailor their life experience in a way that can maximise their own self-gratification. Abortion has been introduced as a remedy to the consequences of self-indulgence and dissipation and indeed as a way to help maximise the individual’s self-gratification. This is part of the childish ‘me’ culture embraced by these so-called ‘socialists’. It should be noted that co-operatives, once regarded as the basis of a socialist society by many Christians in Britain and Ireland up to the 1950’s, have long been forgotten about by the rabble-rousers of today as not compatible with the individualist’s pursuit.

Ironically, the Roman Catholic Church, a scapegoat and punching bag of the self-titled ‘social justice warriors’, has an incredible track record in its support of the co-operative movement, mainly beginning with the encyclical Rerum Novarum, issued by Pope Leo XIII in 1891. This tradition has continued up to the present day, where Pope Francis has championed co-operative ventures, saying that “money at the service of life can be managed in the right way by co-operatives, on condition that it is a real co-operative where capital does not have command over men but men over capital”. The Holy Father has done much more than the ‘progressives’ in promoting the concepts of mutual aid and working in the interest of the common good. Of course, this is expected, as this was part of Jesus’ message. The Lord sought to help and have consideration for others, looked without judgement in a kindly and unassuming nature – and practiced self-denial, rejected self-indulgence and dissipation, despite the fact that he was the Messiah – and was humiliatingly crucified on a cross to ‘take the hit’, for the moral wrongs of others – including those who plotted against him. Jesus thought of the consequences of his actions, particularly on others. The ways of advocates in favour of abortion are an antonym to the ways of Jesus.

We should, when discussing abortion, remember the encyclical Humane Vitae, issued by Pope Paul VI in 1968. He notes that men who become accustomed to artificial methods in relation to the regulation of births may forget the reverence due to a woman, and, “disregarding her physical and emotional equilibrium, reduce her to being a mere instrument for the satisfaction of his own desires, no longer considering her as his partner whom he should surround with care and affection”. How many ‘feminists’ take this factor into consideration? The results of the conflicting approaches can be seen in the solidity of Catholic marriages in comparison to non-Catholic marriages and the false notion of unmarried ‘partnerships’.

I ask that my fellow Catholics look at ‘social justice warriors’ for what they really are. They by and large are people who claim (and often insincerely) to be the most compassionate of all in relation to topics that are far away and/or don’t personally affect them, but when it comes to the personal situation of the individual it is run by a ‘what’s in it for me?’ dogma, one of sentimentality, self-indulgence and dissipation, one that is shrouded in the depths of indifference, one that is inherently opposed to the proliferation of all that is good, in the interest of the common good.